Ok so im SO excited to write this post because for me choosing the pram is one of the most exciting things you can do in the lead up!!!! Its so fun because you’re trying on these prams and trying to imagine what your life will be like in a few months, and visualising little one!! When choosing a pram there are important things to consider: safety, comfort for the baby, the steering, how easy it is to use e.g. remove from the car and changing it from pram to pushchair etc AND the looks of the pram!

So I spotted this one online and i instantly fell in love. It is the Silvercross Wayfarer Chelsea edition. I absolutely love the brown colour and the tan handles, it is just really really classy.

It also comes with the pushchair part.

& then you can also pay extra for the carseat which I definitely would do as you can put the car seat onto the wheels also.

So a few weeks ago, I went to go see it and I just really really love it. It is so easy to steer, its not too big and its so easy to change between the pushchair,pram & car seat.

So today, I went to go make the final decision. A few mums have been telling me about their experiences with prams and bugaboo was definitely one i wanted to consider. However, I just didn’t like the look of it. I don’t like prams when they are too boxy.

I like Veniccis, but I haven’t seen them in person and its a relatively small brand. Its a bit boxy looking too. 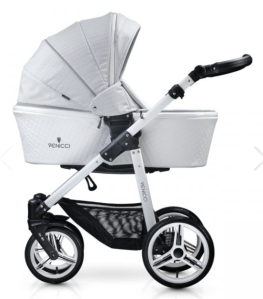 I also gave iCandy a go, I did like it however again, the pram was just too boxy.

I did like the pushchair iCandy but jus not the pram. I also think iCandy are just a little too modern and cool for me. HOWEVER the more i look at that picture the more i like the iCandy pushchair but not the pram.  I like traditional and I really like the Silvercross brand and their heritage.

You just can’t go wrong with a company who has been making prams since 1877.

So I’ve chosen the Silvercross. HOWEVER NEW DILEMMA.

Look how beautiful it is!!!  And you even get a matching bag! Arghhhhhhhhhhhh.I just can’t decide which to get!!!! I think I’m leaning towards the new one though!!!

Also, I’m going to the Baby show in Birmingham in 2 weeks so I wonder if the new one will be on show there……

Decisions, Decisions.. If anyone has anymore advice on prams then please drop me a message!  As a first time mum, I appreciate all the help and advice i can get!