Well today has been productive!!! I’m still not well, so instead of just laying in bed I have got stuff sorted!!!!!

Well first on my list was sorting my 28 week midwife appointment! So basicccccally it’s for th 14th August but as you all know as I’m veryyyy excited for … I’m in the south of France from 8th August – 20th … so obviously I’m not here for the midwife appointment! I credit midwifes for everything they do, they are amazing in every way… apart from one way! Communication! Honestly it’s been a palava! My midwifes phone went to voicemail, also at my last appointment she said she may not be my midwife anymore and it’s all changing! Appointments won’t be at the doctors anymore , they will be at Ambleside baby centre which is fine! So she booked me in 9am 14th August Ambleside! But didn’t leave me any numbers or anything! So today I’ve called Ambleside who said the midwives are back at Royal berks hospital! So I called RBH & went straight to the midwives voicemail! I’ve left a message and just hope someone gets back to me!!!! August is such a busy time!

So after I partly sorted that, I needed to call Window  to the Womb to rearrange my 4d scan. I went to aqua yoga last night and the mums had said how 30 weeks is too late as the baby is squished! So then obviously I pooped myself as mine was when I was 29weeks 6 days! So I called Window to the Womb this morning & they’ve changed it for me! I’m actually away when I’m 28 & 29 weeks which would be the best time! So I’ve had to book it in for the 7th August when I’m 27 weeks exactly! So it should be good! However it means I’ve delayed my holiday by 1 day! So I’m going to France 8th instead of the 7th now! Also I get back 18th August and my pregnancy photo shoot is the 20th August! Stress! At least il be tanned! I go sooooo dark on holiday however apparently when you’re pregnant you catch the sun quicker! I hope all my freckles are out too!

So that leads me nicely onto my pregnancy photoshoot!

So if you know me you’ll know I’m extra AF with everything. So obviously I hadddd to have a pregnancy shoot! I’m probably coming across really annoying to other mums to be 😂 but everyone does their pregnancy different! I’m such an open person hence why I’m sharing everything!! My Snapchat story is always about 63838 years long! It’s because I’m always doing something or have something going on! I’d rather my story being too long from things I’m doing rather than having nothing to post 😂 Anyway! Pregnancy is a beautiful thing and I want to remember it. LOL pregnancy is a means to an end! That will horrify some people, but pregnancy is a struggle! Obviously when I feel him kick and see it , it makes it all worth it! But day to day life being pregnant is difficult! I’m currently sick & my back is always in agony! Obviously I’m not a devil woman and I love growing my child etc etc but a woman is pure lying if she says pregnacy is a walk in the park im telling you 😂😂 do not trust these women 😂😂😂 but on a serious note, some people struggle to get pregnant and it’s all they want in the world and people have lost babies , so i know I am blessed to be carrying a baby and him being healthy! I am completely grateful and blessed everyday for that! … however  I also struggle with being a whale! And having no control over my body, but I’m actually overcoming that everyday! I took some pictures yesterday and it amazed me how there is actually a baby in there! And it is only temporary!!!! But anyway, so celebrating the pregnant body! I want to go NUDE!!!!   If you follow me on instagram I’m not shy about my body LOL that’s a nice way to put it, but showing a bit of skin doesn’t bother me! And I think it will be amazing if done tastefully! There are some examples I like – 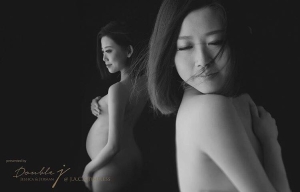 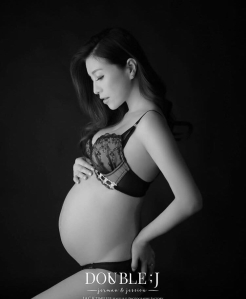 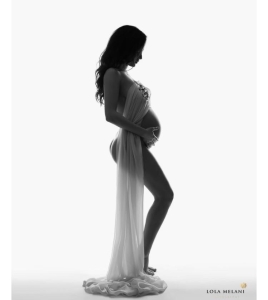 I actually messages the photographer the other day asking if we can do something and she said we can try!!!! I’m so excited, she’s an amazing photographer so I can’t wait to work with her and see how the photos turn out!

My shoot is booked for 20th August when I’m just under 29 weeks! I still don’t have a proper round bump even at almost 6 months! I still just look chubby in my opinion! But in 5 weeks I’m sure I will! Also as I said it’s the day after I get back from holiday so il be all tanned and have some freckles on my face! I didn’t want to do it in the 30s weeks as I didn’t want to be too bump and uncomfortable! Plus il probably be fed up by then and feel gross!  I say this shoot is for me and the baby to look back on but if I’m semi nude he will probably be like ‘ URGH MUM GROSS’ LOL!!!! Tbf I’m not actually going to be nude, it will be lingerie or implied nude! I want to fully embrace the pregnant body! However I bloody hate my nipples so they aren’t invited 😂

Moving onto the newborn shoot!

I’ve been looking around for days for the perfect photographer! I think it’s really important to spend some time looking, seeing their style etc and I finally found one today! She’s amazing and seems so nice! So basically we book it for 10 days after the baby is due as the baby needs to be 6-14 days old for the shoot! However if he makes his entrance early then obviously il just call her! But she will contact me to see if he’s here! She is coming to my house which I much prefer as I would have just given birth and will feel comfortable in my own home! Especially if I wanna whip out the nip ! (For The baby not the photographer Lol) So I feel like the most organised mummy ever but it’s all arranged and boooked! I’m even one of those annoying mums who’s sending her shoot snaps I like to see if she can recreate it hahaha!! I want a really neutral shoot, whites & beiges. Here are some pictures I like- 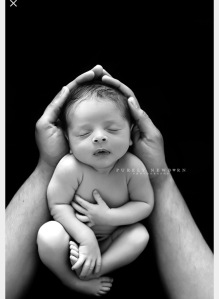 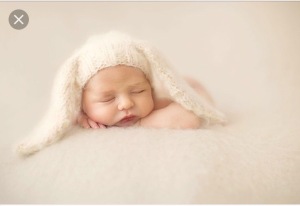 Argh I’m gonna have to get my nails done! Sighhhhh. So not a nails kinda gal! I’m actually completely natural these days! No fake tan, hair, eyelashes, nails etc. The only time I’d get my nails done is if I had a feeling my partner was going to propose!!! So once he see’s those French manicures he’s gonna know it’s go time and know I’m waiting 🙂 imagine him proposing and him having to put a gorgeous diamond ring on my pig trotters 😭😭 anyway off topic!

So I’m very excited about all this!!!!! As you can all probably tell! Also my newborn photographer doesn’t live near me so I’m paying for her travel! But she’s honestly so worth it!

If anyone has any tips about photoshoot etc then don’t  hesitate to drop me a message !!